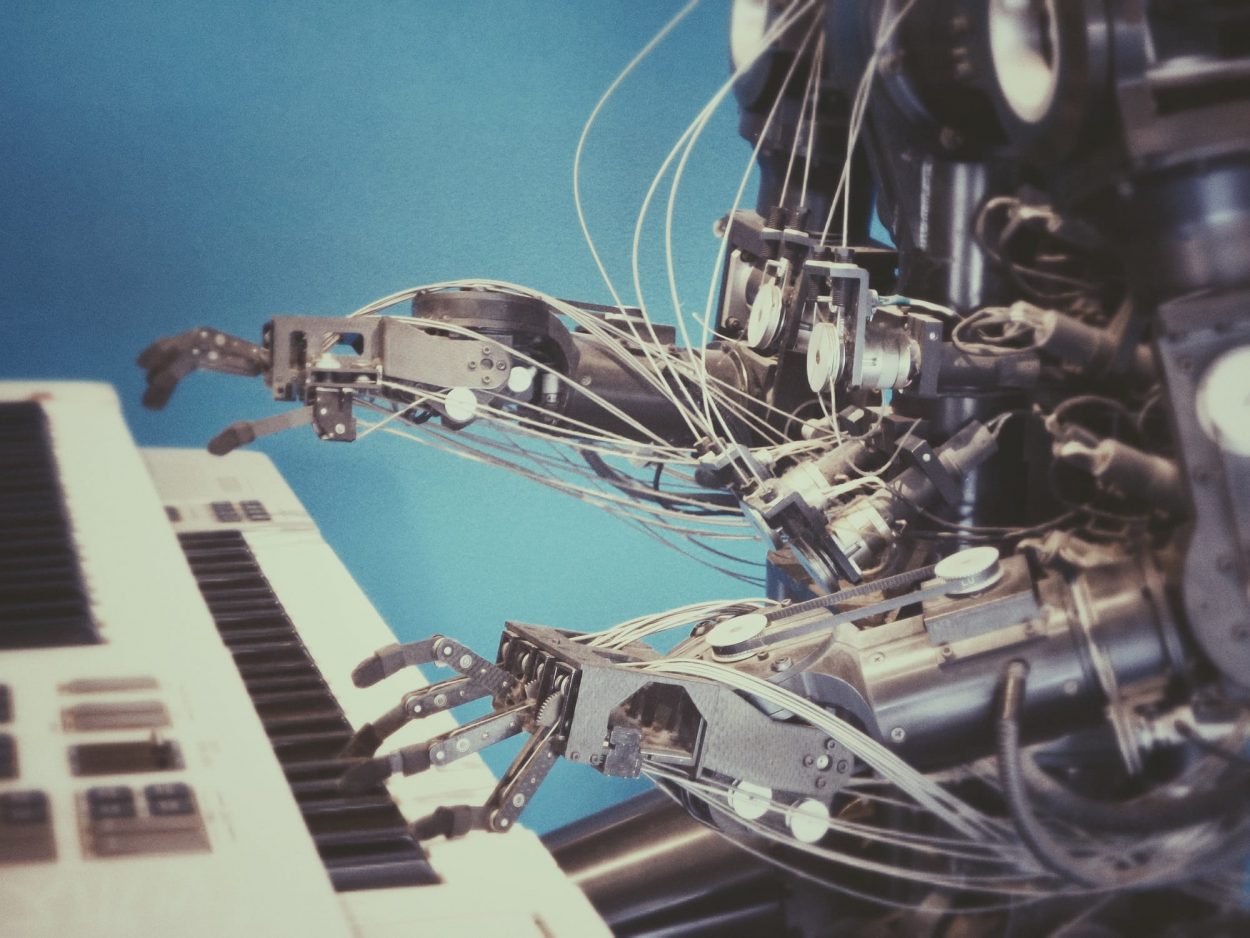 Should you be scared of machines becoming more and more self-dependent and smart? Let’s stay away from the apocalyptic scripts and scenarios of science fiction movies and get closer to the recent events in the world. Our phones are guessing what we want before we did it, any computer game has an artificial intelligence for its NPC, online customer support, smart cars, etc.

If you take a look, it might be pretty obvious, that technologies still serve human needs. They are becoming much more convenient and intelligent for us. Perhaps that is why you call your phone a “smartphone”, huh? Sometimes much smarter than we are. Nevertheless, what we actually call an artificial intelligence in everyday use is just a part of it, a machine learning. It is an ability of a machine, or program to create its own algorithms to solve tasks without human interaction.

In theory, what required years of programming manually, now available to be learned by a program by itself. The examples of such technologies are really everywhere, at any level of our being, from Siri and to Google Now, from Spotify to Netflix services, neural networks, Google and Facebook photo recognition tools, Amazon and many more.

But what about WordPress?

Artificial intelligence or AI is a huge theme on the general topic of modern technologies. And of course, there are debates between those who support the idea and cautioning about the menace. But for now, we only benefit from machine learning in the variety of its usage. That is also true for WordPress.

As WordPress is a platform broadly and mainly used for blogging, it represents a great ecosystem for AI technologies to be used. Machine learning is a technology that allows entrusting a computer to perform some routine work and repetitive everyday actions. That can make your life much easier, even though the feature is pretty new, and they’re not so many plugins in WordPress using AI. But they are definitely worth trying.

One of the most used and well-known plugins that come pre-installed in pair with “Hello, Dolly” plugin. Akismet is a security plugin that helps to fight back spam in its various forms, starting from comments in the comment sections, ending up with spam left through the contact form.

What is special about Akismet is that it uses AI and machine learning to recognize the spam patterns. Akismet learns the spam from the various websites and improved strongly over the years. It can recognize spam left by the spam-bots as well as human spammers and learn by its patterns.

For the recent moment, Akismet has only a few often mistakes that easily fixed. One of them is considering as a spam comment that is actually not. Akismet adds all the comments “suspicious” comments to its database. But if an administrator deletes a normal comment from the database, Akismet will remember it and learn the choice for the future.

As it comes with WordPress, it offers free service for the personal blogs but has a paid subscription for the commercial use.

After the deadline represents the idea of grammar and spell check tool for WordPress. It was previously a stand-alone plugin, but now it comes as a part of Jetpack suite plugins. So that, don’t be confused if you ever stumble upon the information that After the Deadline is not supported anymore.

This plugin is available for free and doesn’t require any API keys. It uses a machine learning to improve the result of spell and grammar correction, as well as stylistic features and contextual analysis.

If you are interested in the constant creation of a qualitative content, consider trying After the Deadline, as it already has the support of American, Canadian and British English, with limited support of French and German languages. The tool is active in the WordPress editor and behaves as a usual spell checker if you ever had to use one. It is also possible to install it as a Google Chrome addon if you are not willing to use Jetpack plugin.

One more security plugin on the list, offering malware and spyware protection, viruses, trojan scanning, search for code injections and backdoors. The plugin is capable to warn you if you are on Google’s blacklist and tell you what were the reasons for appearing there.

As it is stated on the plugin page, it uses a cloud technology. For the machine learning, Quttera scanner learns to identify threats better over time and take necessary steps to deal with them. Still, the plugin is useful to get rid of threats in case your website fell infected, not to prevent it.

As you might have guessed this is a tool to install an automated live chat, that works with the help of AI. Authors also developed apps for IOS and Android to make it possible for a chatbot go mobile.

A bot is learning over time to connect the most frequently asked questions with the corresponding answers by the keywords. Those are the instructions given by you. All the following work it maintenance by itself, and if it is not capable to give the answer to the customer, the bot can redirect the client to a live agent.

What is great about the plugin, is that it also learns to communicate with the customers observing your experience of communication with the clients. The plugin won’t replace the whole customer support team, but it is capable to perform a communication problem via given shortcuts.

Remember talking about the emotional impact the product descriptions make on the customer? WatsonFinds is a WordPress plugin working on IBM Watson cognitive AI, that analyzes the emotional tonality of your content.

Installing the plugin will make an icon appear in the corner, clicking on which Watson will analyze the page and the content. After that, it will give you a score and tell you more about what feelings and emotions it brings. There are 5 markers of emotional state: Joy, Sadness, Anger, Disgust, and Fear. The plugin will give you a rate and keep track of every word you change and how it changed the overall mood. So that it is, a brilliant tool for those interested in the psychological part of marketing.

Darwin Pricing is a plugin that allows integrating a smart pricing into your WooCommerce store. What it does is helps to create a geo-targeted offer.

Once you integrate Darwin Pricing, it will start to collect the data from different regions to make the analysis of what discount is the most relevant discount. It also collects the data on your customers’ behavior, how do they respond to the discount offers. Later then, the plugin will suggest where to move in your business strategy.

As with every technology on the market, AI didn’t appear in a second in its best. It only starts to show the first results, even though we saw lots of steps of its development already. Even in WordPress, some plugins that showed promise just left in the past being discontinued by their developers. And that is for sure sad.

For the rest of the plugins and technologies supporting machine learning and evolving artificial intelligence, the conclusion might be pretty obvious. For the recent moment, we only get a profit of them.

Thanks for photos to Tim de Groot and Dennis Kummer on Unsplash!